Alcohol and drugs at the workplace: (not) an issue?

We shy away from calling alcohol as a drug with high addictive potential. It is too widely accepted by society, and alcoholic beverages are readily available almost everywhere. But alcohol abuse in this country is not just a threat to the health and social integrity of every individual; it also leads to exorbitant costs at the workplace.

The figures speak for themselves

According to the Federal Office of Public Health (FOPH in German) companies incur over CHF 3.4 billion annually in indirect costs from alcohol consumption by employees, CHF 1.2 billion of which are attributable to reduced productivity due to problematic drinking behavior and increased absences and accidents under the influence of alcohol.

Long-term consequences of alcohol addiction, such as premature death, absence due to illness and early retirement, also impact the economy by CHF 2.2 billion, according to the FOPH. The unavailability of long-serving employees not only causes a loss of know-how, but also burdens companies with an additional half a billion francs a year to replace them.

Also the World Health organization (WHO) has published insightful statistics on the negative effects of alcohol at the workplace in its report “Alcohol and the workplace”:

Both employers and employees have a duty

Responsibility towards affected employees, economic considerations and concerns about operational safety increasingly motivate management to take measures to prevent and manage substance abuse. Most companies today have clear policies and guidelines regarding alcohol and drugs at the workplace. The professional handling of alcohol related problems has become an integral part of HR policy, as stipulated by the Federal Accident Insurance Act (UVG). The relevant legal text (Article 82 para. 1 UVG in German) requires employers to lay down safety regulations. Employees, on the other hand, are obliged by law to comply with the measures and orders.

Supervisors play a central role in dealing with alcohol and drug problems at work because they are often the first to notice addiction related changes (checklist). It is also their responsibility to address the issue. HR heads or managers need to always be attentive and act purposefully.

It is not easy to detect an alcohol addiction because it tends to develop insidiously. The transition from risky consumption to abuse and finally to addiction is gradual. Things become dangerous when consumption increases du to stress, trouble, anger, or sadness. A critical point is reached when those affected find it impossible to relax and feel good without the addictive substance. Their work and social behavior, but also their appearance, may show oddities.

The following could be signals of changes in work behavior:

Supervisors are not only specialists in their field, they are also entitled and obliged to record and address changes in work behavior and performance. Our checklist Alcohol and Drugs at the Workplace can help. Talk to your employees about your observations. Contact Proitera for assistance if a suspicion of alcohol or drug use persists.

Our consultants work together with the addiction counseling office according to the following diagram: 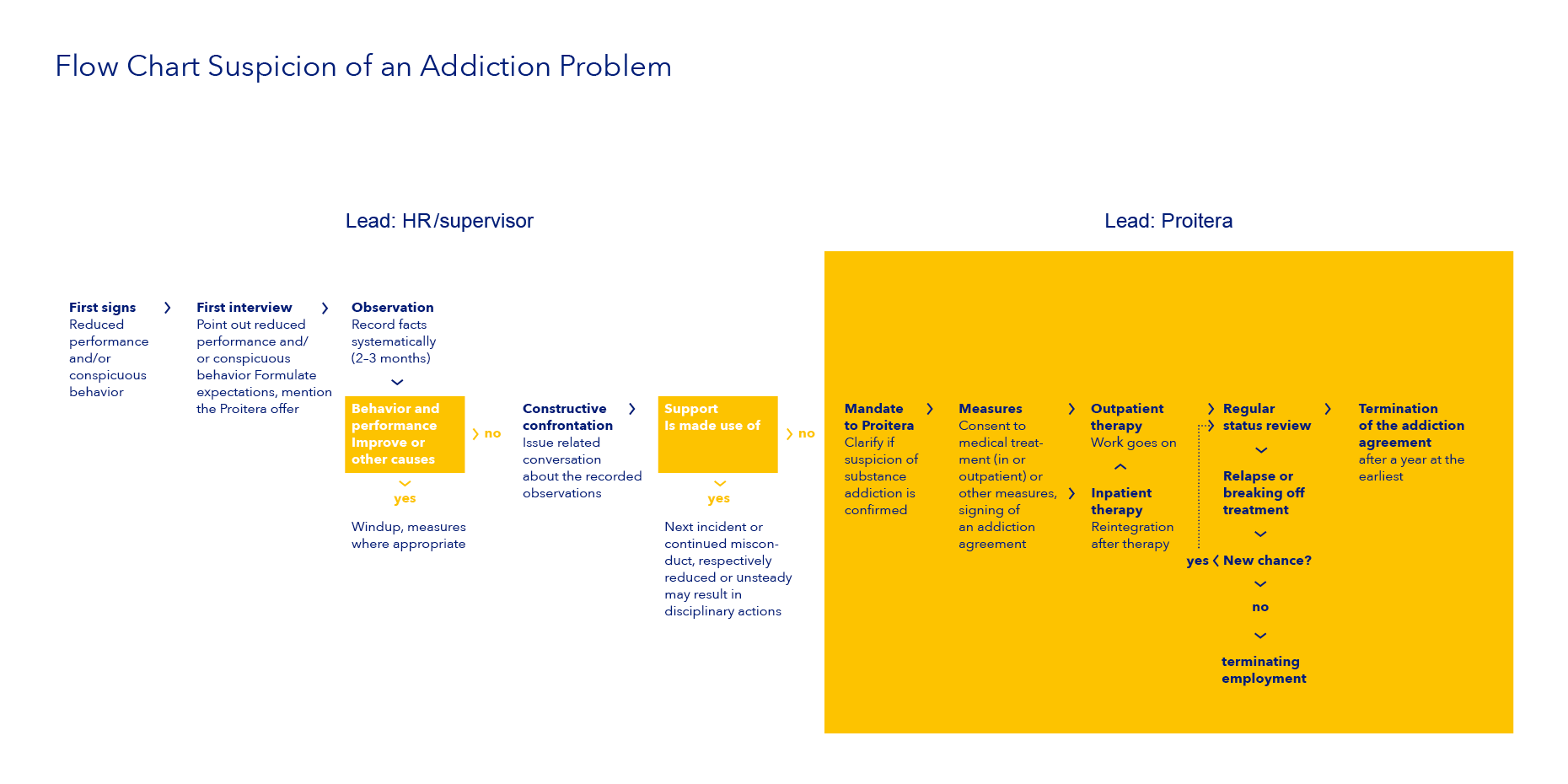 The flow chart can vary depending on the company and the corporate regulations. Practical advice for an initial conversation can be found in our checklist Alcohol and Drugs at the Workplace.

Proitera, your partner for addiction problems at the workplace

As occupational social consultancy Proitera is your impartial, confidential, and external point of contact regarding addiction problems at the workplace. We are here for employers and employees and help you develop binding solutions, involving specialists if need be.

Sources and links for futher information: 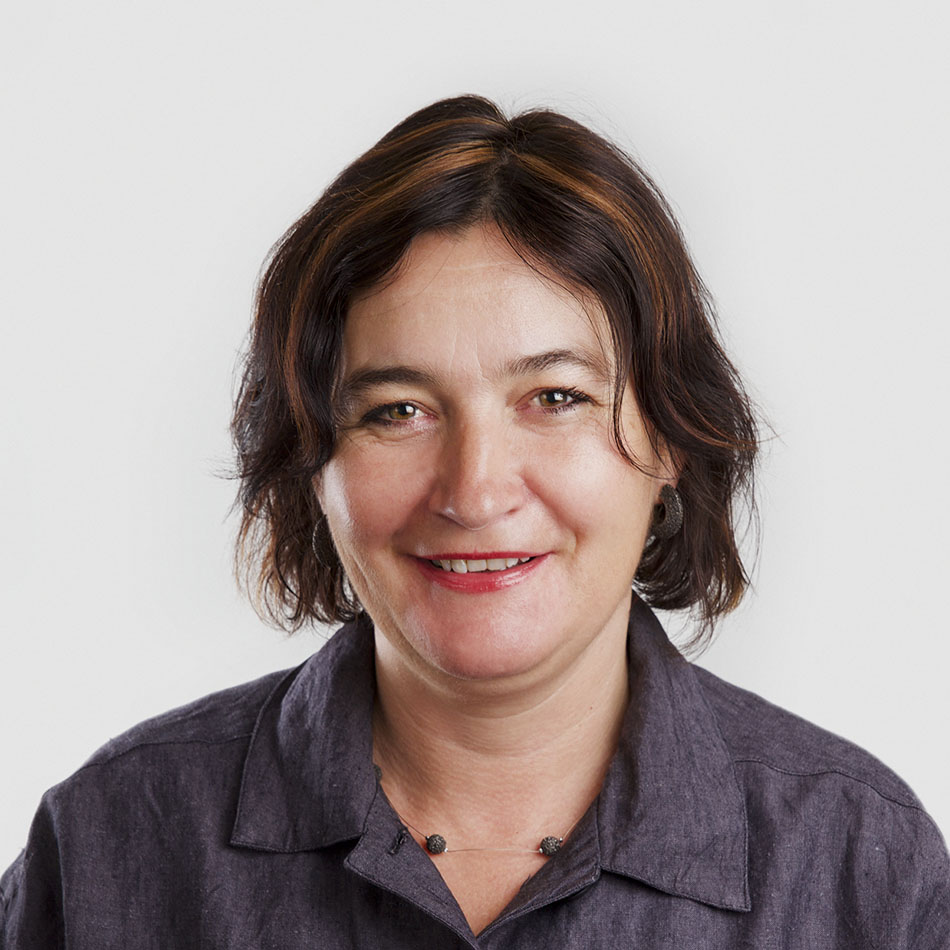 Don’t hesitate to contact us, we are happy to help.