Millenials: This is how Generation Y works

The Millenials, also called Generation Y or digital natives, are by and large the group born between 1980 and 2000. They are known for their ambitious and idealistic lifestyle and for their secular attitude. As the first generation of digital natives they are also tech-savvy.

…are they lazy, selfish, or spoiled?

Everyone has their opinion on Millenials – particularly about Millenials in the economy. They are lazy, selfish, or spoiled … But is it really true? Millenials are already the largest generation since the Baby Boomers and in 2025 they will make up 70% of the workforce. 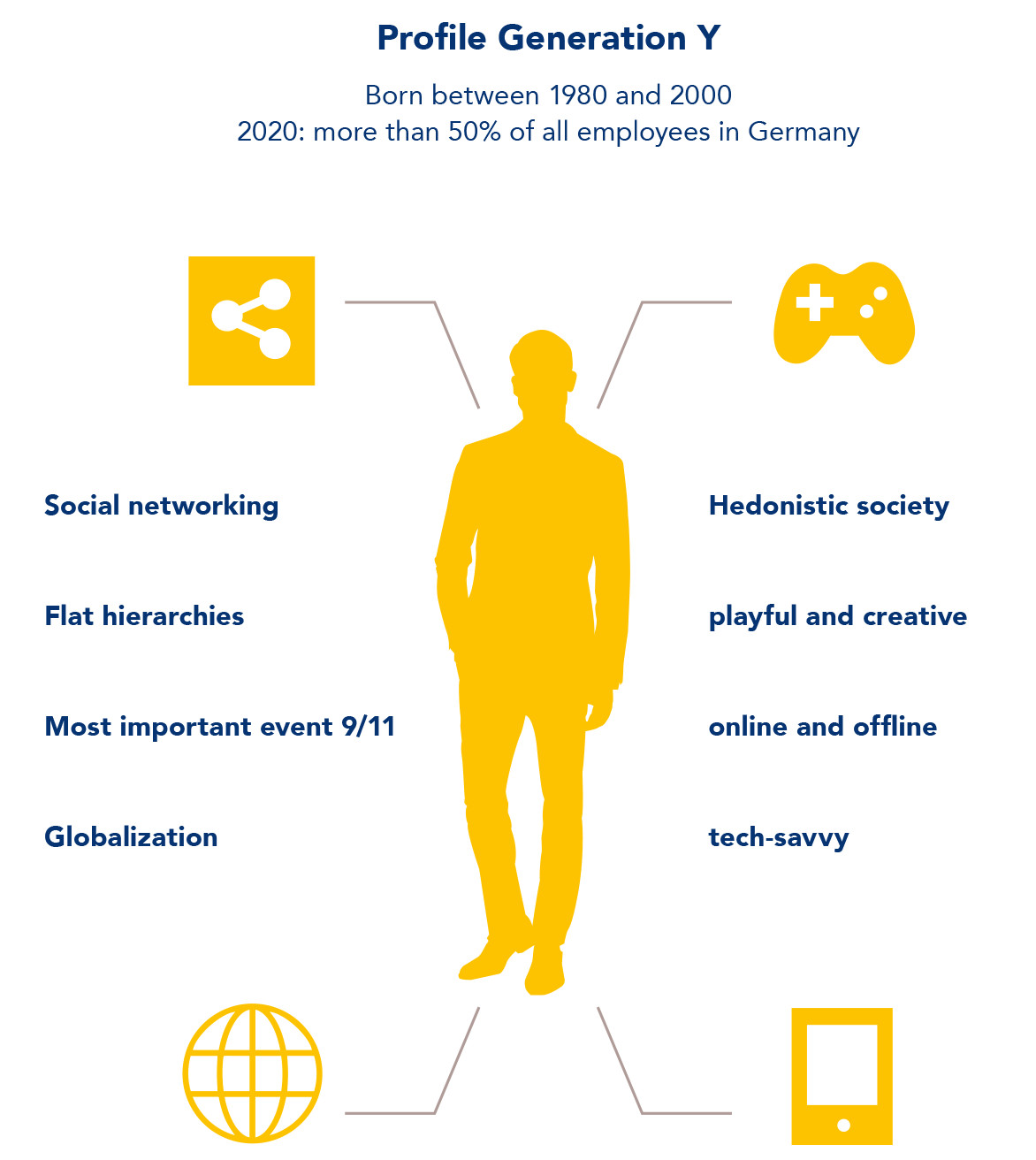 Recruiting: How does this generation work?

It is becoming ever more important for young employees to have a positive effect on work and to do something meaningful. They feel motivated if their work contributes to the goals of the company. Six out of ten Millenials have chosen their employer on the basis of the strategic goals of the organization. The expectations and demands of this generation require highly focused strategies and new means and ways to get them on board.

It is often concluded that Millenials are very different from their predecessors in their behavior, attitude and ideas and that they therefore require a different form of leadership. This “other” form of leadership should focus on coaching rather than control because Millenials no longer want to have an old-fashioned “boss”. Apart from that they also seek flexible working arrangements to maintain their work-life-balance.

Millennials see the working world differently than older generations. They expect different things from their jobs and they see certain aspects differently. At work Millenials prefer to communicate personally with their colleagues, Emails and WhatsApp come second and third. They care about a good working climate and team spirit.

The 9-to-5 mentality has come under pressure for quite some time, and Millenials definitely prefer flexible working hours, according to a study conducted by Bentley University. Millenials believe they are most productive when they get to organize their own schedules and they don’t mind working late hours. There has been much discussion about fixed working hours in recent years. Sweden is currently testing 6-hour working days and this new way of working is becoming more and more popular. People often work out of home on one day and they prefer to split up their days. Three out of four Millenials will confirm this. Millenials are independent and have a good sense of responsibilities (exceptions exist). As a company you can react to those qualities. Millenials don’t like it if they are not trusted or if they are kept small. Give them more freedom if you want them to stay in the job. 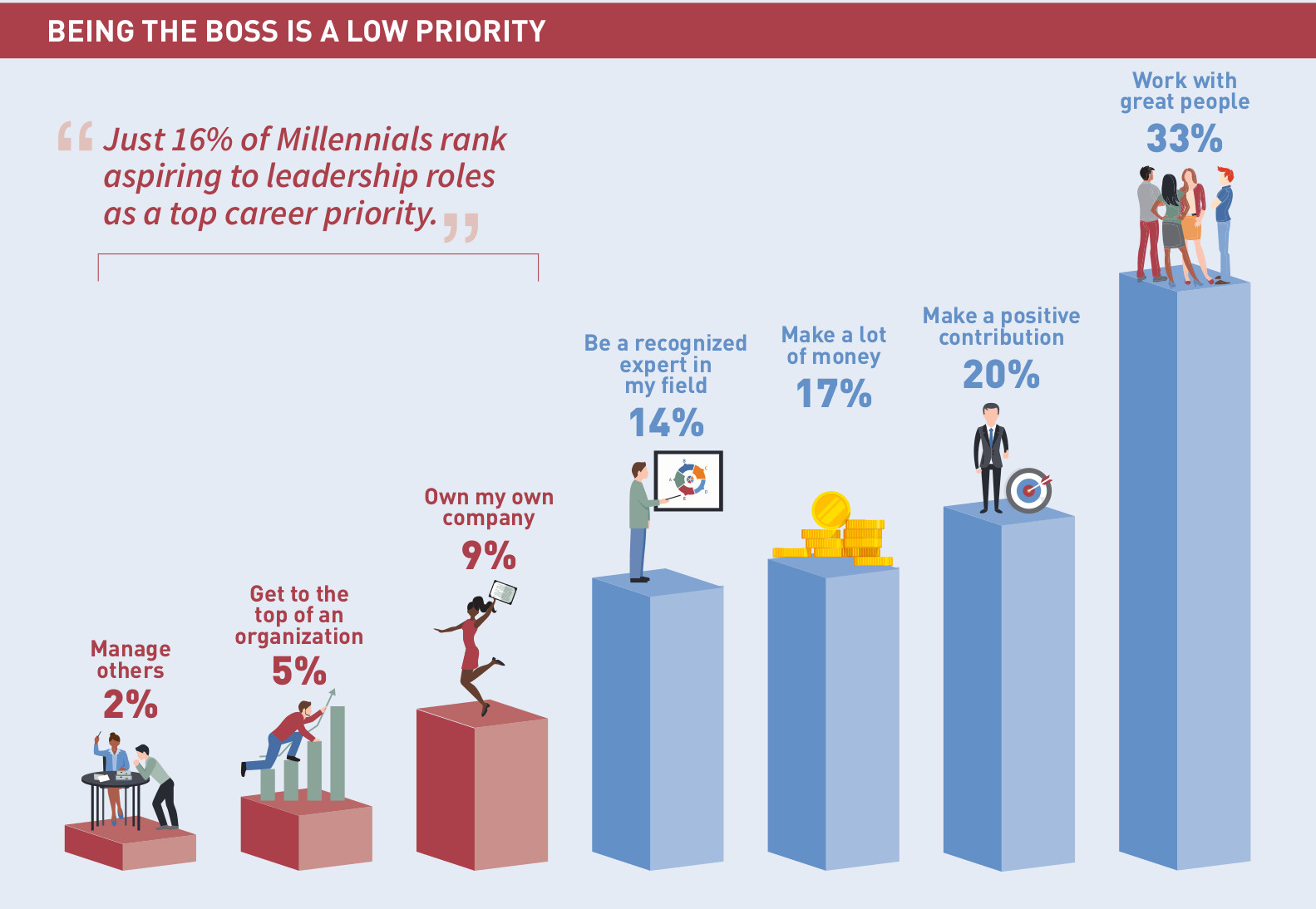 Millenials are not job hoppers. They are much more loyal than given credit for. Four out of five Millenials believe they will only work for four or five companies in their entire carreer.

Generation Y grew up with respect. But they do not think that their superiors’ opinions or ideas are better by principle. Generation Y likes to find solutions in a team approach and to make use of the opinions and ideas of different generations.

Generation Y is independent, communicative, analytical, driven, ambitious, and optimistic. They very much want to develop further – all the better for companies that are looking out for such qualities and that are willing to invest time and money in courses, workshops or trainings.

Generation Y is value driven. They want their work to be “important” and to contribute to society at large. For them the (social) contribution of their work counts more than the salary. Millenials are happy when their job provides value added and makes a contribution. They are attracted by an open and transparent corporate culture which  invites everyone to share critical thinking.

This is what Millenials expect from their employers 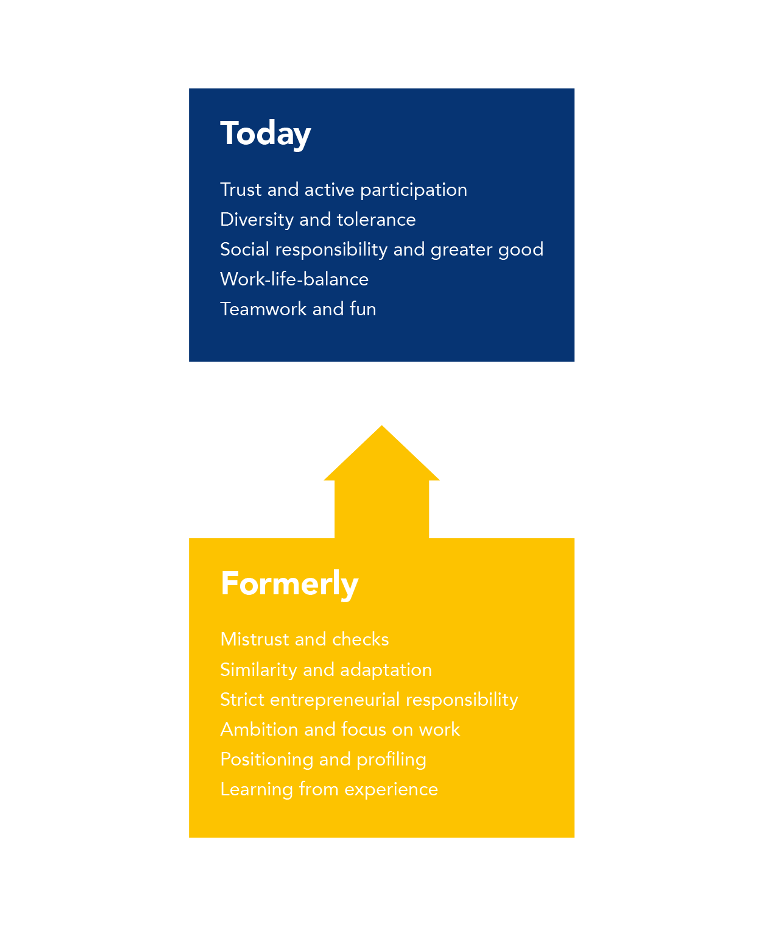 The following measures are relevant for companies to be attractive for Generation Y:

Trust and participation: Create a transparent and open corporate culture. Millenials want to see themselves as part of the whole and to have an effect. They do not put their career above all else. Perspectives for their further development are important for their happiness, which avoids high rates of fluctuation.

Diversity and tolerance: Millienials appreciate teams that are different in terms of backgrounds, culture, age, and gender. They have learned to think and work in carefully considered ways to come up with a faster and better solution in a team approach where everyone can learn from one another to combine to a flexible and agile team. Such an approach leads to tolerance – the respectful interaction which Millenials appreciate together with a pleasant working atmosphere.

Social responsibility and the common good: Millenials appreciate companies that are not out to maximize their profits only, but do business in a sustainable way to create social value added. This increases employer identification and the commitment of the employees.

Teamwork and fun: A good working climate, fun at work together with colleagues but also superiors are important for Millenials. This is based on mutual respect and a cooperative leadership style. Existing leadership cultures need to be rethought, re-defined and developed.

Technology and media: Daily work becomes easier through the integration of most advanced technologies which increase productivity and help avoid distractions. They are part of the flexible, collaborative team work of Generation Y, also outside the office. Such tools and technologies further collaboration and the integrate communication and working processes, which increases overall performance.

A new – participative – leadership style characterized by motivation, coaching and inspiration instead of a «respect-has-to-be-earned»-attitude can help retain employees.

Our seminar How to cope with change for employees and managers conveys the necessary know-how to prepare for the new generation of employees and the respective changes in the organization. We recommend our article Industry 4.0 – 7 principles that exemplify the change in values at work. 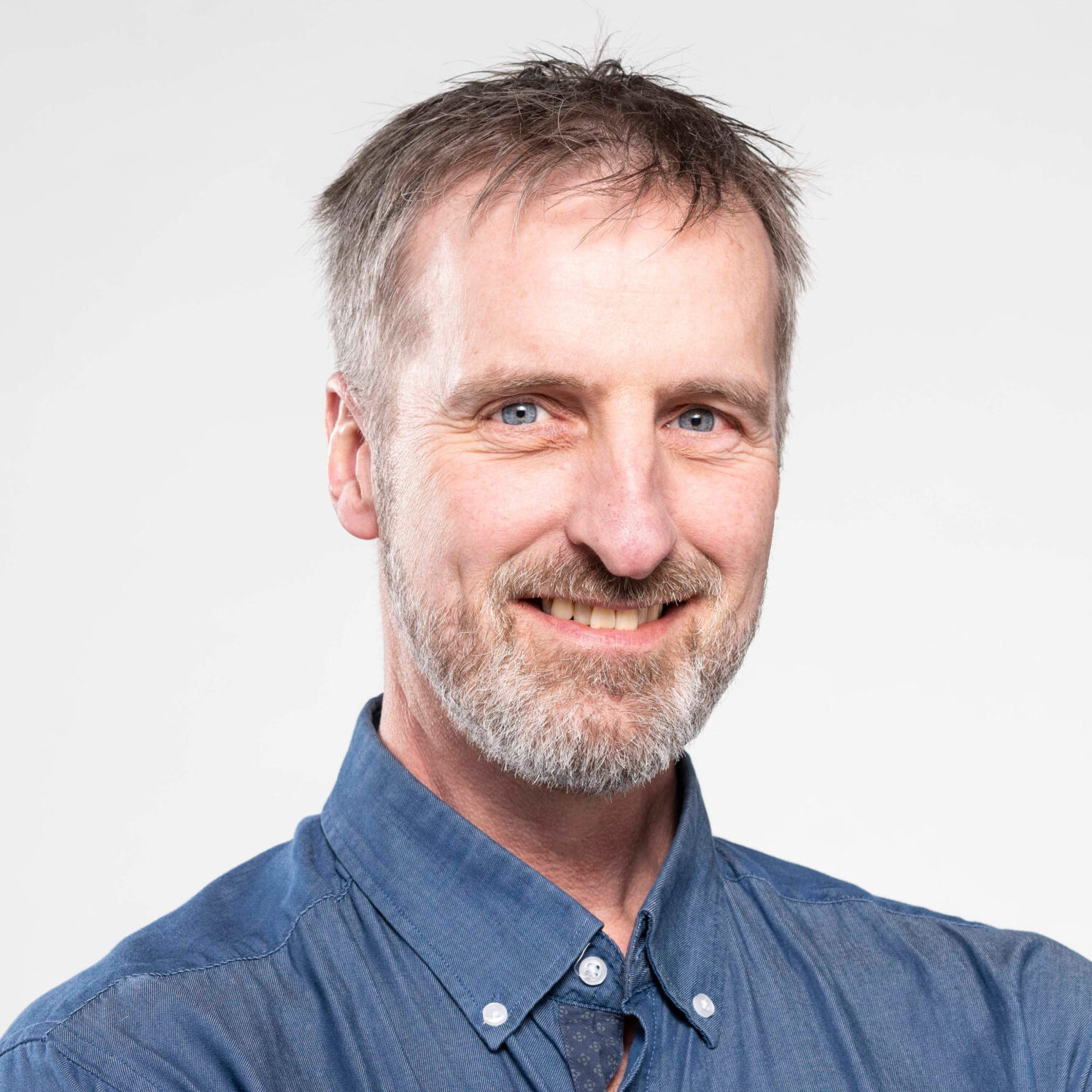 We at Proitera are happy to assist you.